DroneVibes is a COMMUNITY of drones enthusiasts. We are experts at drones for all professional and consumer applications. We welcome you to register and join the conversation. 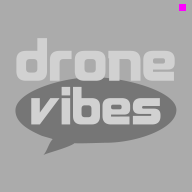